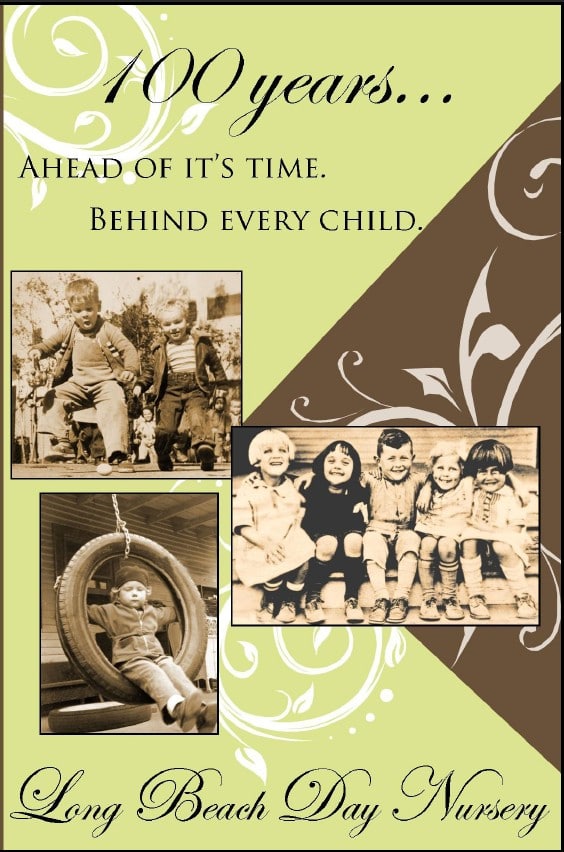 At HSLB we showcase exhibitions from our collection, as well as visiting collections, in two large galleries at our Bixby Knolls headquarters. In creating the exhibits, we seek to present the city’s history through a variety of media — images, documents, objects, and narrative — which gives visitors a chance to understand the people, events, and issues that have shaped the city.

A Woman’s Place in the Spotlight 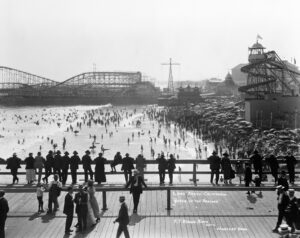 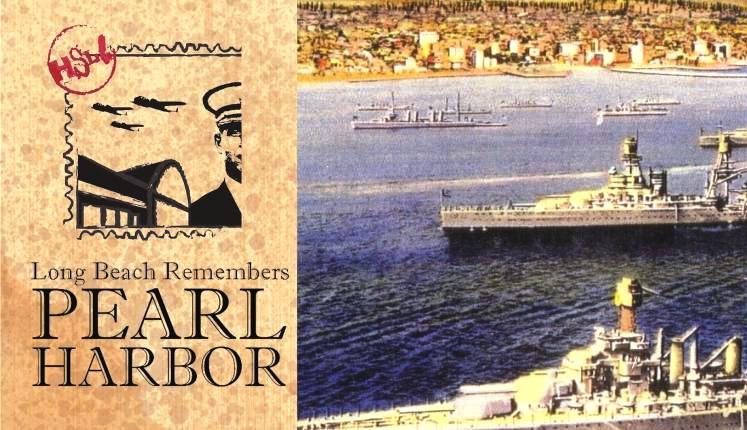 Black Gold: Oil in the Neighborhood 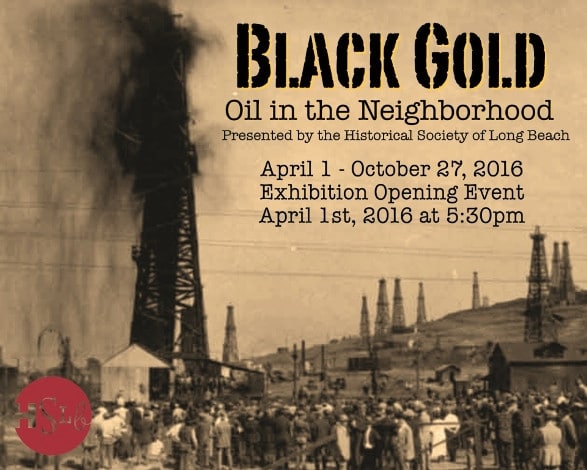 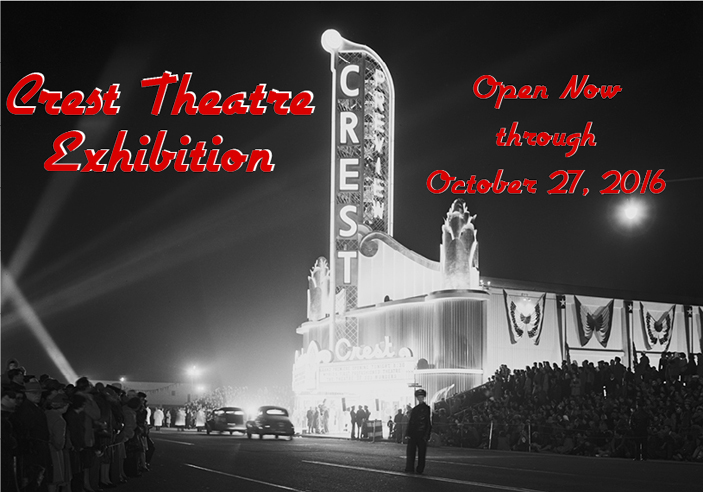 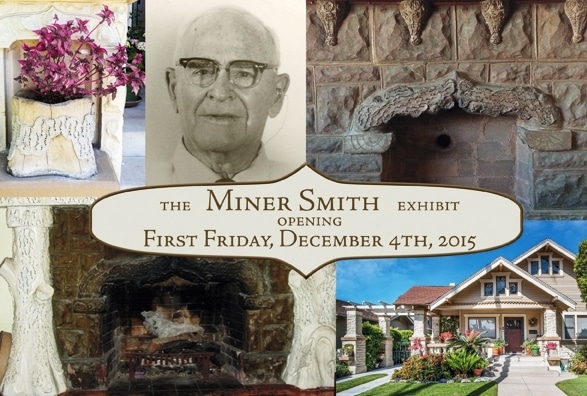 Comedy, Drama, & the History of the Long Beach Playhouse 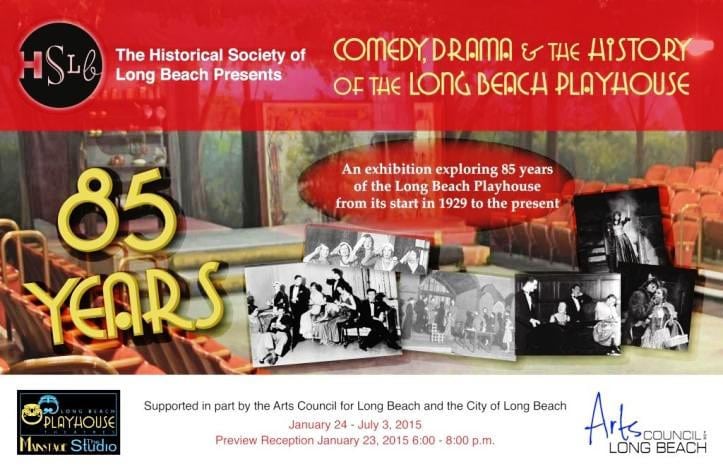 Queen of the Beaches 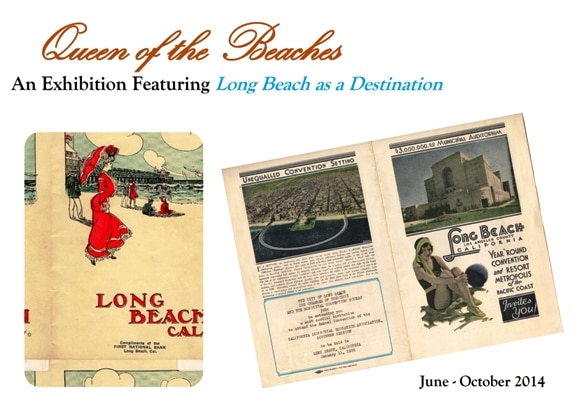 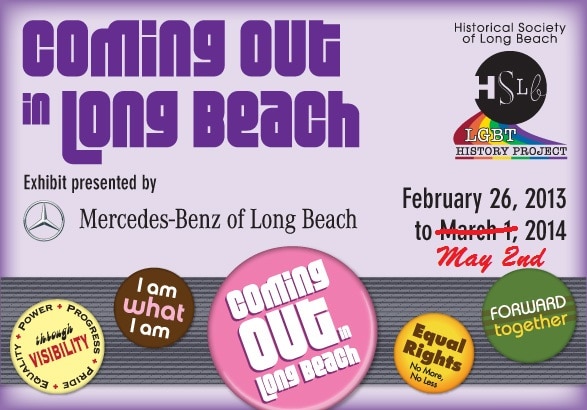 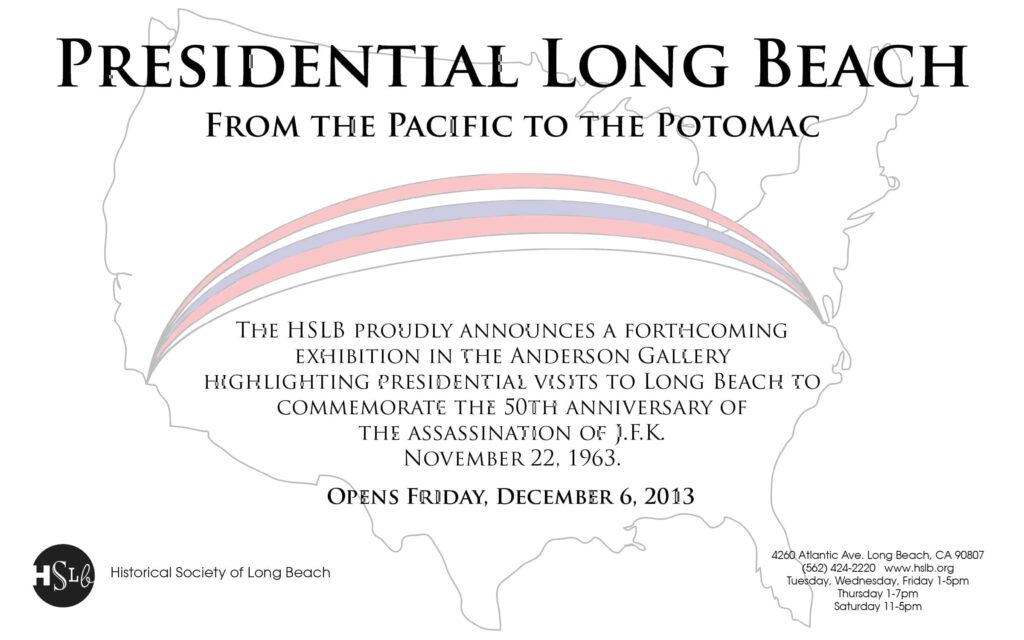 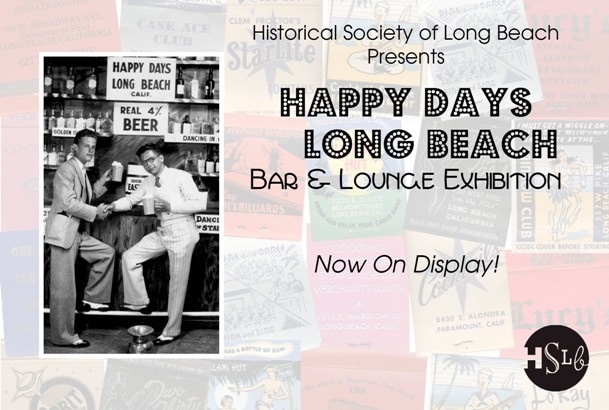 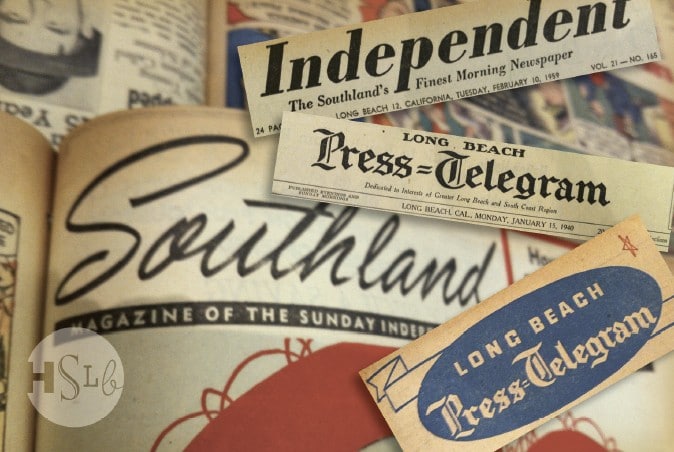 The HSLB and the Long Beach Day Nursery present this exhibition of historical photographs, toys, and quilts to tell the story of LBDN. The exhibit honors Executive Director Emeritus Mary B. Soth — with great enthusiasm and tireless dedication, Mary led LBDN from 1979 to 2000. The exhibit runs through December 2012.

In 1912 Long Beach was changing from a seaside resort surrounded by farms and ranch lands to an urbanized center of commerce. This shift was due to several factors including the growth of trade and manufacturing around the port and shipping on the national railway network – the city was becoming a regional commercial center. It was during this shift in the city’s character that the Long Beach Day Nursery was founded.

Just the year before, the state had granted the city control of its tidelands, and the first transcontinental airplane flight had landed on its beach. As the town became more urban, national concepts of progressive reform began to seem relevant. Local women advocated for aspects of the national reform agenda. Many, for example, supported the demand that women have the right to vote. In 1911 women in California won that right, and Long Beach was the state’s only city in which every precinct gave women’s suffrage a majority.

Among other aspects of this progressive reform agenda was the need to provide opportunities for a healthy life to all children. This is the background against which a group of local women decided to establish a day care center for the children of one parent families, mostly women. To implement this plan, organizers drew on their local resources; farmers shared produce, for example, and volunteers supplemented the work of the small staff.

Beginning in the 1920s, Long Beach experienced a Million Dollar a Month building boom, and oil was discovered on Signal Hill in 1921. This attracted new residents from around the country and beyond. The boom created jobs that were often dangerous and short lived, and the impact on local families further demonstrated the need for the nursery’s services.

At the end of the Depression of the 1930s, the country geared up for war, and defense plants in the area brought new demands for workers. The nursery responded by caring for the children of service personnel and many of their working spouses. As the focus of the nation turned to war, the nursery continued to advocate for the welfare of children. 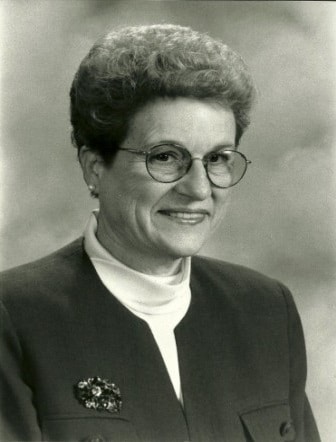 New post-war immigrants made the city’s population more complex. The nursery expanded its facilities, including building a new East Branch, and adapted its educational programs to meet new challenges. Today Long Beach Day Nursery is one of the oldest childhood education centers in the state, and its staff and board continue to advocate for children. Click here for a timeline of LBDN’s long history. Click here for Rich Archbold’s Press-Telegram column on the LBDN centennial.

This exhibition is made possible by:

The New Deal was created in response to the Great Depression.  It was President Franklin Roosevelt’s program to put our people back to work and reform the economy.  The Historical Society of Long Beach (HSLB) has created an exhibit to illustrate this program’s impact on our city.  The most spectacular photos in the exhibit were created by the Federal Arts Program of the Works Progress Administration (WPA/FAP).  WPA/FAP was a part of the New Deal that created jobs for artists.  Many of these works still exist and continue enhancing our community.  Others have been demolished and replaced.  Local citizens have long struggled to preserve these works, and bring them greater public attention and appreciation.

New Deal Projects to put people back to work played a unique role in Long Beach.  Roosevelt began those projects when he was sworn in as President in March, 1933.  In that same month, Long Beach was struck by a large earthquake.  City officials cobbled together local funds with those from the federal and state governments to rebuild the city.  They also used New Deal job-creation projects to enhance the local infrastructure.  A search of materials in the HSLB’s archives revealed long lists of projects, including paving streets and laying sewers.

In Long Beach, many schools were damaged in the 1933 earthquake, and had to be rebuilt to higher seismic safety standards.  Funds from New Deal programs enhanced local bond measures adopted by voters for this purpose.  Along with stronger buildings, local students received handsome schools, often decorated with murals, mosaics and sculptures by artists employed by the WPA/FAP.

WPA/FAP artists also created, a huge mosaic, to enhance the front of Long Beach’s new Municipal Auditorium.  It was the largest art project created by WPA artists in the whole century.  Another WPA/FAP artists, Grace Clements, designed mosaics and murals that decorated the floors and walls throughout the city’s new airport terminal.  It was completed as the country was preparing for World War II.  These works are highlighted in this exhibit.

The exhibit builds on the work of members of the City of Long Beach’s Cultural Heritage Commission and Long Beach Heritage.  Since the founding of the CHC, members have recognized the value of these works, and urged city and school district officials to preserve and celebrate them.  They continued the work of those who advocated removal, preservation and relocation of the mosaic when the Municipal Auditorium was demolished.  They also followed the example of the librarians who saved the WPA/FAP art work previous from the Main Library when it was torn down, and made sure that some of that art found a place in the new library.

The idea for this exhibit came from Scottie Hinkey.  She donated the notes and research collected by her and her late husband, Dr. Douglas Hinkey, to the Historical Society of Long Beach.  He had prepared an exhibit about local New Deal art at the Hippodrome Gallery in 1991, and published a handsome and informative book, “Federal Art in Long Beach: A Heritage Rediscovered,” to accompany it.

HSLB was inspired by this donation to create its own exhibit.  Talented local photographer, J. Christopher Launi, took additional contemporary photographs of many of the existing works.  HSLB has combined Launi’s images with material from its archives.  These have been integrated with Hinkey’s work into an exhibit that celebrates the legacy of the New Deal in Long Beach.

This exhibition was made possible by: