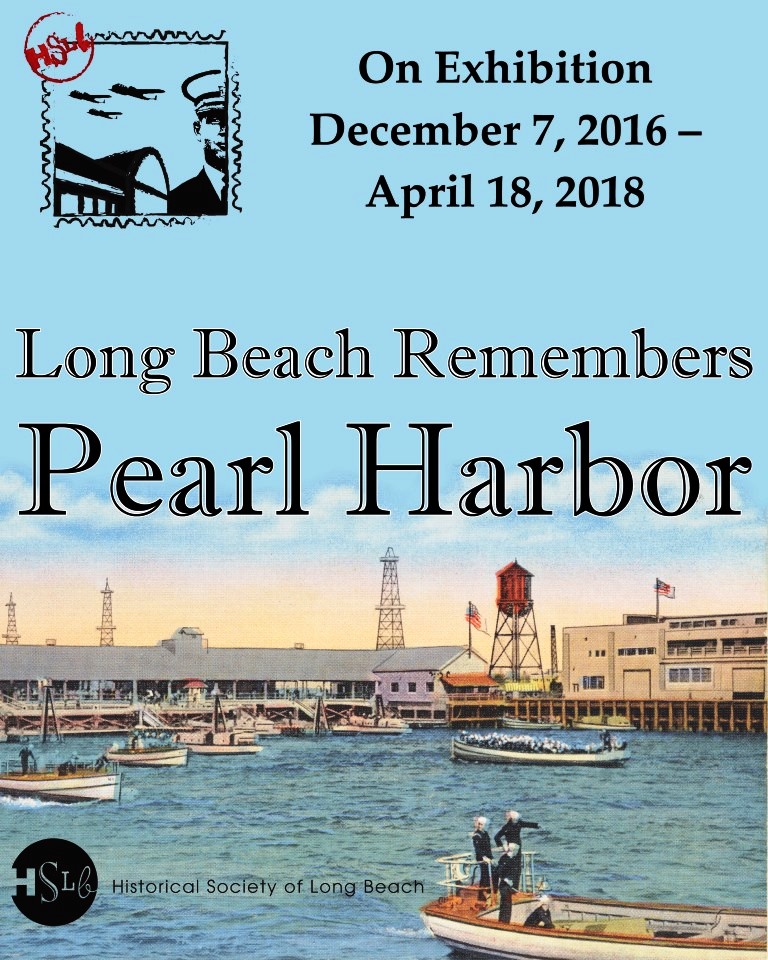 On December 7, 1941, the bombing of Pearl Harbor shocked the nation and propelled the United States into World War II.

Long Beach was a strategic stronghold as a major staging area for the Pacific conflict. The war touched everyone who lived here. Many of the ships in Hawaii on that fateful day spent months in Long Beach before the bombing. Officers and enlisted men on the ships left families and friends in Long Beach. The event not only transformed the war in the Pacific, it transformed the lives of Long Beach residents and the city’s economy and infrastructure. The bombing of Pearl Harbor was the catalyst for airport, harbor, and industrial development, and laid the groundwork for the Long Beach that we know today.

Seventy-five years later, on December 7, 2016, the Historical Society of Long Beach (HSLB) presented an exhibition entitled Long Beach Remembers Pearl Harbor. Using photos, newspapers, items from its collection and others collected from the community, it commemorated this important anniversary of the event that torpedoed the United States into the Second World War. 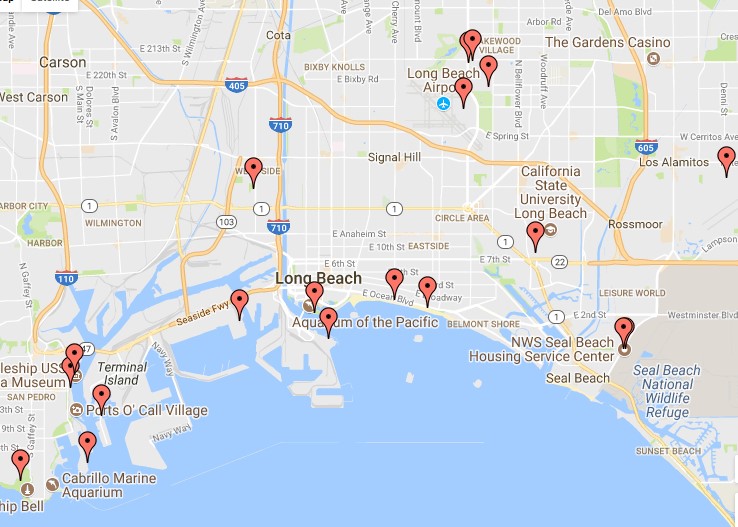 Photos from the Opening Reception:

THIS EXHIBITION IS MADE POSSIBLE BY OUR GENEROUS SPONSORS